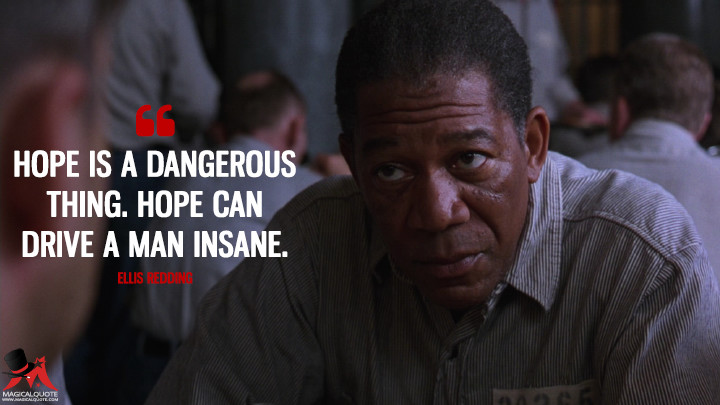 Hope is a dangerous thing. But, it’s also a fickle thing. 2020 has been a fickle, fragile year: constantly in flux, seemingly only getting worse, with bad news always following good. Hope, in 2020, seems like a laughable concept.

It was why election night 2020 seemed so heartbreaking. Now, any night that an incumbent like Donald Trump seemed likely to triumph would be heartbreaking. But it was particularly awful, because paradoxically, it both seemed incredibly unlikely and also inevitable. Donald Trump’s response to the Coronavirus pandemic, both in rhetoric and in policy, had been abysmal. “Lives have been lost” is an understatement. And all that in addition to his already well-documented flaws and incompetence(s). Political experts and commentators had been acting like a strong Biden win was a foregone conclusion. It all gave us hope and belief, even amid 2020.

And on the other hand, it seemed like a cruel joke. 2020 was setting us all up for one more grand hope before crushing it.  A Trump win, after everything, would have really hammered home just how dark our present is as a society. It would’ve been 2020 really reveling in its propensity to take from us.

But Biden did win. Donald has “fought” it, and is fighting it, but even as I write this, Joe Biden is still the president-elect. And I don’t think that will change.

I just want to make sure we don’t learn the wrong lessons from that night. That was a particularly hard night for me. I cried more than I’d like to admit. I also prayed and made promises to God that I definitely can’t keep. And I did other stuff to cope, things I don’t know if I should admit to doing, just in case potential employers are reading this (Hi). But, I went to bed believing Biden still could win. And this isn’t an “I told you so.” I’ve already done that with some people who were more skeptical than me that night. Even if Biden had lost, I’m glad I held the hope.

I’m a bit worried. The past four years of political anguish from left-leaning people culminated in a Biden win, but I don’t have to point out that it’s not really what many of us would’ve wanted. Whether you were a Warren fan, a big Bernie supporter, an Andrew Yang guy or even a Pete supporter (all three of you), there were a plethora of options in the Democratic primaries that seemed better than the guy we got. The Democratic party (and those aligned or adjacent to it) doesn’t have the cult-like loyalty and ideological one-mindedness of the Republicans and their allies on the right. Even within the party proper, there are numerous ideological and political lanes. It makes this side of the political spectrum more prone to in-fighting. And there has been exactly that in the wake of what was seen as an underwhelming win from an underwhelming candidate.

But more worrying than that to me is the attitude that it implies. We won. We genuinely did. Joe Biden was not an exciting democratic candidate, but he was supported for election and voted for by a record number of Americans. The stakes felt high because they were. If you’ve leaned left politically in the past four years, you’ve done so because of an understanding that what was happening had to be combatted. The cracks in our systems and in our status quo that have worsened in some ways and become more apparent in others must  be acknowledged and responded to. There has been a social and cultural shift. Increased political awareness sparked by 2016, the 2017 #MeToo movement and the protests and counter-protests at Charlottesville in 2017 has continued to grow. Biden winning is in some ways a culmination of a movement that has been around for a long time, but really picked up steam after 2016. It was a movement based on a lot of things. But one of those things was a shared hope in what we could all achieve if we gained awareness and spoke up. We have to be able to say we won, and enjoy it. There is still a lot wrong in the world, and a lot wrong with the win itself. But it was a win. The work that has been done in four years has been partially vindicated. People have worked on themselves and the people in their circles. People have shared information, canvassed and worked in outreach. People have written articles and essays. People have been working to educate others and themselves.

Hopelessness is easy. That’s the other danger of hopelessness. That isn’t to say it’s fun –  2020 has been pretty darn hopeless and very little of it has been fun. But giving up hope, not believing in the potential for things to get better, that is easy. The easy way to have gone into election night would’ve been believing fully that Donald Trump would win. You’d do so because you believed the Democratic party failed to produce an inspiring, quality candidate that was for the people, and this was the result. If Trump won, your hopelessness would be vindicated.  If he lost, you’d be happier, but still skeptical. You can’t be disappointed when you’re hopeless. But, I don’t believe you work as hard when you don’t believe that that work, as minimal as it might seem in the face of the obstacles we face, can do any real good.

Even after Florida and Ohio went red, even as it looked like Pennsylvania and Georgia and Wisconsin and Michigan might do the same –  I didn’t lose hope (at least not fully). I didn’t because I didn’t lose sight of the shared hope that has been cultivated since my own personal political awakening. It wasn’t because I’m smart or because I’m dumb. Becoming more plugged into the political world, the work being done by people on the left to win this election was more apparent. I refused to give up because I believed in the work that had been done – the minimal by myself, in growing, understanding and becoming more aware of the world, and the gargantuan by others. We were politically energized because for a lot of us, even with our varying levels of political awareness and cynicism and expectations, Donald Trump was below our standards. We knew we could do better, but that knowledge always starts as hope. Yeah, there’s quite a bit of disbelief,  desperation and anger. But hope is at the root of it. It’s hope that drives it, because our intentions and our goals are pure and positive.

I’m not worried we’ll stop working towards a better society. I’m worried we’ll do so hopelessly. Now more than ever, we can’t get complacent, and hopelessness – extreme cynicism about our own ability to influence the world – is a kind of complacency. I’m not asking anyone to believe in Joe Biden or in the democratic party, or in this weird coalition of progressives and neoliberals and moderates on the left-side of the political spectrum. I’m asking for us to keep believing that enough of us share those good goals. That enough of us believe in not just the betterment of society, but in a specific enough betterment, socially and economically. A betterment where the government actively addresses and combats issues affecting its people. And we don’t ever get that betterment when we get hopeless,  apathetic and complacent. That betterment never happens when we stop trying hard because of feelings of powerlessness against this massive, dominant, capitalist, patriarchal system.

We do it because we must. Because we expect more of people and of the world. And because we believe more in people and the world. We do it, and then we get back to work on saving all the people we can. And if we’re continually disappointed, it happens. But the alternative? Not hoping? Is worse.